At Amsel and Wilkins Dental Practice, our passion is our patients’ experience. We welcome patients of all ages and dental needs. We are a modern family dental surgery based in Banbury, Oxfordshire. You will be greeted with a warm and welcoming smile from our friendly team of professionals, eager to help and support you at every stage of your dental journey. The practice has been established for over 40 years and offers a full range of general, restorative and cosmetic dentistry. 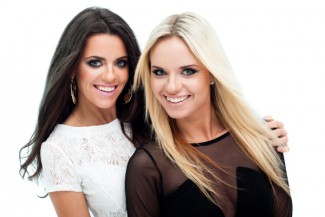 The Amsel and Wilkins team comprises six dentists, including practice partners Piers Neville, John Adams and Nigel Braine-Hartnell. We also have four hygienists, one dental therapist and a plethora of dental care nurses and reception staff. Every one of our staff are committed to providing you with the highest quality of dentistry. We use the latest technology and techniques for your Invisalign treatment. Whatever you need, your comfort and wellbeing are paramount at Amsel and Wilkins.

We take the time to get to know each one of our patients. We listen to you to understand what really matters to you about your Invisalign treatment. After your initial consultation, your dental professional will discuss any questions you have about your Invisalign in Banbury treatment, helping you at every possible stage to ensure your dream result.

One of our practice partners is John Adams. He qualified from Dundee University in 1983 and started working at Amsel and Wilkins in 1985. Dr. Adams gained a Diploma of General Dental Practice from the Royal College of Surgeons in 1993. He has undertaken advanced training and will use his 30 years plus of training and expertise on every one of his patients.

So, why not give us a call today. An Invisalign In Banbury treatment at Amsel and Wilkins could be just what you need.

Invisalign is a revolutionary treatment in the field of orthodontics. Gone are the wires and brackets associated with traditional metal braces. Instead, Invisalign in Banbury comprises a set of virtually unnoticeable aligners made from clear plastic. This makes them ideal for adults and teenagers who don’t want any orthodontic treatment to be obvious. The aligners are custom designed using 3D technology to sit comfortably on your teeth and will gently move them until they’re in the desired position.

The plus points of Invisalign

Invisalign aligners are custom designed to suit your teeth, which means they fit discreetly and easily in your mouth. They also don’t have any brackets or wires, reducing the likelihood of irritation that traditional braces can cause.

Invisalign in Banbury will achieve great results with minimal fuss. Invisalign aligners can be removed for eating, brushing and flossing, making them a low fuss treatment option. You will need to change your aligners once every two weeks until the treatment is complete. During this time you will have occasional check-ups at Amsel and Wilkins to ensure your treatment plan is continuing as smoothly as possible. This makes them a healthier treatment option as it reduces the risk of tooth and gum disease that can arise from food getting stuck in traditional style braces.

Another plus point to Invisalign treatments is that they involve less risk. To move teeth, force needs to be applied. One of the problems that can arise from this is root resorption. This condition refers to the breakdown of the root of a tooth and could potentially lead to the loss of the tooth. Because the forces exerted by Invisalign are more gradual than those applied by traditional braces, it carries a much lower rate of root resorption.

Invisalign in Banbury is also known to be safer on teeth. When traditional metal braces are removed, this can sometimes cause some of the tooth’s enamel to be removed as well. Because Invisalign doesn’t involve using adhesive to bond brackets to teeth, enamel scouring is not an issue.

How long does Invisalign in Banbury take?

The length of an Invisalign treatment is dependent on the severity of individual cases. Treatment varies from between six months and two years, with an average treatment taking 12 to 14 months.