Sore teeth and persistent toothaches may be a sign that something is wrong with your teeth. If the pain just won’t go away, it is likely that could have a cavity. This pain will become worse over time and the only way to make it stop is by getting the cavity filled by your dentist.

At Amsel and Wilkins in Banbury, we urge our patients to have their teeth checked regularly in order to prevent decay and catch cavities before they become a bigger oral threat. Cavities can be generally treated with fillings but if they grow deep, a simple filling may not be enough. Not taking care of a cavity right away, might affect your tooth nerve and may even require a crown or root canal to fix the problem. 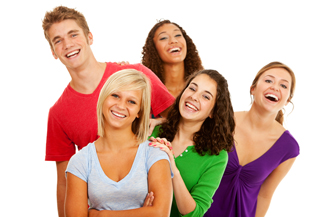 If you already have fillings, on the other hand, regular visits will allow our dentists to monitor them and watch out for any signs of wear or damage. While high-quality fillings can last for many years, they will eventually wear down and require replacement. Your dentist will let you know before pain and discomfort become noticeable. One other treatment option offered by our practice is to remove your old metal fillings and replace them with white fillings for a natural smile.

If you have chipped, cracked or damaged teeth, fillings are essential for supporting and protecting them. Large cavities are noticeable and often painful, but small cavities also require your attention before they become extensive. Your dentist can help spot these cavities before it is too late and fill them in order to prevent them from expanding.

Just like metal fillings, composite, tooth-coloured fillings are used to repair teeth that are affected by decay, cracks or fractures, however extensive these may be. However, unlike metal fillings, composite fillings are made of tooth-coloured glass and plastic, which is very durable when set to the teeth. Your dentist will clean and remove the affected portion of the tooth and the fill it with the composite material. Composite fillings are long-lasting with good care and will withstand the forces in your mouth when biting and chewing.

Back in the days when there was no alternative treatment, amalgam or silver fillings were popular in restoring decayed teeth. However, amalgam fillings can be unattractive due to their metal appearance. Luckily, modern dentistry has come a long way and there is an alternative to amalgam fillings – white composite fillings that match the colour of your teeth exactly and help keep them stable and decay-free.

At Amsel and Wilkins in Banbury, we believe prevention is always better than cure, therefore, we will always strive to prevent decay from developing on your teeth. If that’s impossible and you need a filling then, we recommend white fillings as a viable option that is both cosmetic and functional. 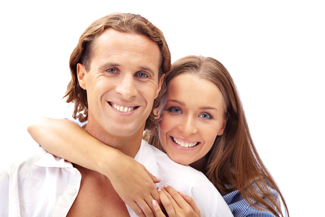 What are white fillings made of?

White fillings are made of a combination of glass and plastic also known as composite resin. This material is usually sculpted directly on the tooth by your dentist and set hard by using a high-intensity blue light. White fillings come in different shades, which are matched to the existing shade of your teeth creating natural looking smiles.

How long do white fillings last?

The durability of white fillings depends on many factors and while some of them last many years, others don’t last enough. Factors affecting the longevity of fillings include size, a patient’s diet, tooth surface, age and position in the tooth. Generally, smaller fillings tend to last longer than larger fillings because they are more stable. On the other hand, fillings on teeth with larger surfaces tend to last longer as well.

Unlike amalgam fillings, white fillings match your natural tooth colour and appearance. Since they bond to the tooth enamel chemically, they do not require placement of slots, grooves or other material in healthy tooth structure to retain them. White fillings are very stable and restore the strength and resilience of natural teeth. This is because they completely harden in second, instead of days required by other materials.

White fillings are also very versatile because they can be used on the back and the front teeth without compromising your appearance. Finally, if damaged they can be easily repaired.

To learn more about white fillings in Banbury, please contact us today.